IS THIS RIGHT TO WEAR? 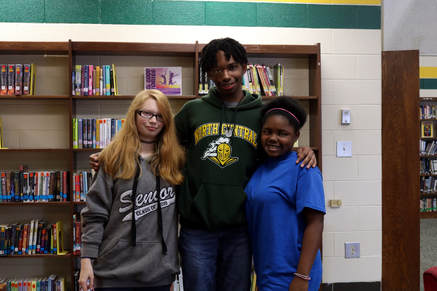 In high school, students are required to follow a dress code: the one thing students hate so much just because it’s a rule. They really think it has no point to it. Mr. Branham believes the dress code is made so we as students don’t become distracted in the classroom, and to also prepare us for later in life, for interviews and dressing professionally for jobs.

As in all schools, there are some students that don’t agree with the dress code. They believe when the dress code is being enforced that it singles out individuals. However, Mr. Branham wants the students to express themselves, to an extent. Mr. Branham says, “If it’s pretty close, or maybe technically breaking dress code, then we’ll say it’s okay now, but don’t wear it next time.” He mentions that if we had uniforms, it would be much easier on the staff and administration, but he believes we students also have a right to express ourselves and wear what we want.

“I think compromise is the biggest thing because we come into the school with a set dress code, but we don’t get to speak our opinion about it,” said Megan Peach. What is being said is that if the students had a voice about dress code, maybe the students and staff could come to an understanding about what would be appropriate, instead of feeling forced. When someone is told what they have to do without any say, then they have no care for it; but if students had an opinion about it, they wouldn’t feel so frustrated with the dress code. Speaking their opinion would give them a chance to express themselves beyond clothes, and show leadership throughout the school.  Overall, dress code is a well-known battle between students, staff and administration, and it is never resolved no matter what is said or done to fix this conflict. ​

STAND UP, DON'T GIVE UP 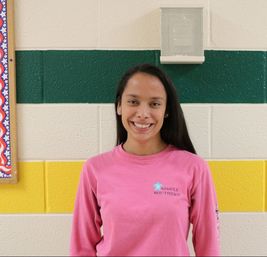 Not only can a book teach people something, but a movie can show it. The inspirational film Soul Surfer is based on a true story about a 13-year-old teenage girl with a passion and talent for surfing, until one day while she was surfing a shark attacked her; she survived but suffered the loss of most of her left arm.

Student, Alex Vazquez, stated, “This movie showed me what being courageous really means.” She didn’t lose hope and refused to give up. Not only did losing her arm change her life, it showed her something greater. It showed her how to make a difference in others’ lives. Alex also stated, “Most people around her age would probably have given up, but I think if they watched this movie it would give them hope to overcome any obstacles in their way because you can see it is possible.”

Soul Surfer should show viewers no matter how big the obstacle, there's always a way through it. Other movies like The Hate U Give tells a story about issues of racism and police violence. It also tells about a girl finding her voice by standing up for what is right even when facing pressure. Not giving up and standing up for the beliefs each person has are what these movies and many more can inspire viewers to do. 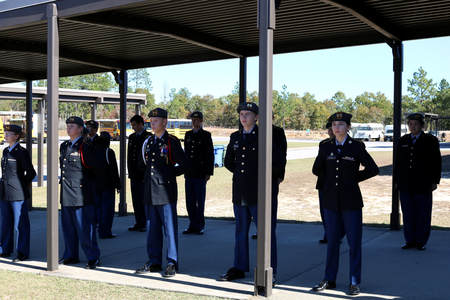 JROTC is a great course to take because it is  a class about “becoming a better citizen,” says First Sergeant Parish. He also mentions, “JROTC helps build confidence and character; you become part of a family, and the classes help toward building leadership and personal skills.” Students that have decided to enlist into the military can definitely benefit from this class. JROTC can also benefit those with no or little interest in joining the military. The class helps boost students’ confidence and improves discipline, which other classes may not teach or enforce as much.

This class also participates in drill team competitions. So far they have participated in three drill team competitions. First Sergeant Parish mentioned in the interview, “Our Color Guard took home a trophy for the first time in years by placing third at Blythewood High School’s Greater Midlands Drill and Rifle League Competition. We also had four cadets win individual knockout events.” During the fall they competed in drill and ceremony competitions, and next they will compete in the  JROTC Academic and Leadership Bowls (JLAB). Raiders practice begins in a couple weeks, with the first competition being around March. If you are a student that likes a little friendly competition, then you should consider this a reason to enroll in JROTC.

In the month of November, the JROTC has many upcoming events that they will be hosting at North Central High School. The first would be the Veteran’s Day assembly on Friday, November 9 beginning at 8:45am. This is a noteworthy way to honor our current and previous veterans and thank them for all their dedication and loyalty to our country.

The next event the JROTC will be hosting is the annual blood drive on November 20. Students that want to donate blood must meet the requirements set by the American Red Cross, which are listed on their website. Students that will not be giving blood can show support by spreading the word about the event to family and friends, and encourage those who can give blood to do so.

Overall, JROTC is a dedicated group which encourages everyone to go out and help the community. According to Loucas L’Elie, “Being a part of JROTC looks great on college and job applications.” This course helps you not only through high school, but also through your professional career. All students should look at joining JROTC, as it has many benefits to everyone.

BRINGING IT DOWN THE COURT 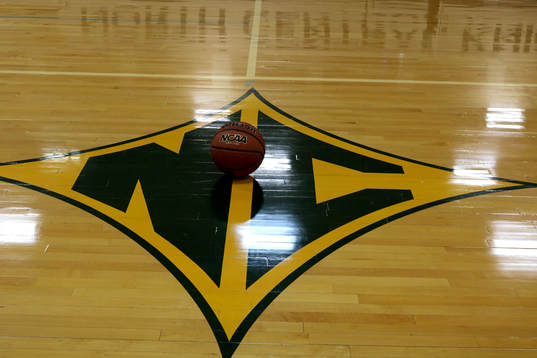 Winter is approaching quickly, and that means new sports seasons are starting here at North Central. The girls’ basketball team, led by coaches David Dawson, Tiffany Bracey, and Simone Bracey, are excited and ready to go.

This season, the team is beginning early and excited to begin. Coach Tiffany Bracey stated, “we have been working really hard in the pre-season to get everyone equipped with the skills to use throughout the season.” Coach Bracey explained that she expects this season to be better than last year because the level of focus is at an all-time high.
​
Throughout the season the team uses their friendship off the court to work better together on the court. “We’re like sisters and we really enjoy playing with each other,” stated Peyton Holley, junior. Holley expects a lot of hard work and determination from everyone so that they will do well throughout the season.

Coach Dawson is looking to take big steps towards creating a winning program, and he hopes to improve as a coach to achieve that. “One of my goals in life is to be a better person than I was the day before. This includes coaching,” stated Dawson.

As the new season approaches, the coaches and players are working harder than ever to make sure this season goes down in history. The team is excited to begin the season, and everyone is willing to put in a lot of hard work. This season will be one to remember.