Are They Watching?
​By Abigail Catoe 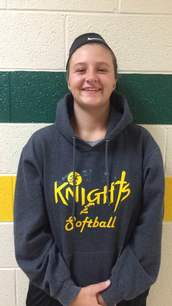 Student privacy has been a hot topic at North Central lately. With the addition of new cameras throughout the school, a conversation has opened up about how much privacy students actually have while they are at school.

This school year, North Central has gone from sixteen to forty cameras and a new program has been adopted to keep an eye on what students search on their computers. Student information such as grades, attendance, and behavioral records are still private and can only be accessed by certain individuals; however, students’ actions throughout the day are being recorded.
​
The addition of new cameras has caused a lot of controversy among students. Many students feel that they do not have much privacy at all. Kali Tomlin, senior, expressed, “[Students] should have more privacy because everything they do is out in the open.” Tomlin believes that the new updates restrict students and allow student activities to be constantly watched and recorded.

Although students feel that they do not have as much privacy, Mr. Branham, Principal, feels that all of the new updates will benefit our school and create a happy environment. “We just want everybody to be safe and make good choices to be productive citizens,” stated Branham.
​
Student privacy has been a constant issue for students in all schools. Many students feel as though they do not have enough privacy, yet the objective of the new updates is to protect the students and create a happy Knight Family.

New Principal On The Block
By Laura Pollock 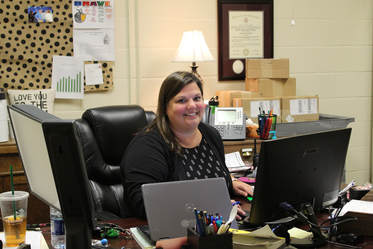 In this 2018-2019 school year at North Central High School, there have been many new improvements and additions. One of the best additions is mother, wife, and devoted teacher and administrator, Mrs. Meredith Kirkland.

Mrs. Kirkland is a college graduate of USC Columbia where she earned not one, but two degrees. One of the two degrees is in public relations, and the other is a marketing and management degree. Once she received the first degree she worked in that field for about a year.

Soon after she went back to school and acquired her second degree in marketing and management. After earning this degree, she worked as a business teacher at Camden High School, and later worked long and hard to bring the Teacher Cadet Program to Camden High School.
​
Following this she went through the PACE program. The Program of Alternative Certification for Educators (PACE) is an alternative way for college graduates with a degree in what is called a critical needs subject to earn a teacher certification. This is how Mrs. Kirkland’s career took off.

In this interview I asked what drew her to become part of the Knight family and what she enjoyed about the school. Mrs. Kirkland’s reply was, “I really love the students’ respect and definitely the school spirit. I also really enjoy the school’s size, and the uniqueness of the surrounding community. When I first arrived, the teachers and staff were so helpful, seemed to be open to new changes, and were just very friendly.”
​​
As students we should be proud and embrace this new addition to the Knight family and welcome Mrs. Kirkland with open arms. We should all show Mrs. Kirkland just how great this school is. Introduce yourself, say hello, and start a conversation. Let's show her our true Knight Pride. 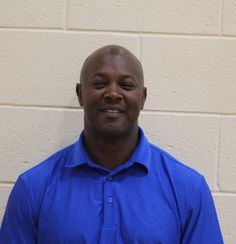 Football season is finally here! The North Central football team is heading towards a great seasonwith great leadership and players. Based upon our last two games, Coach Drakeford believes we will have a fairly good season. Even though they make some mistakes on the field, they learn from these and find a way to win.

A normal practice starts between 3:30-3:45 depending on the day and it usually lasts about two hours. It consists of 45 minutes working with offence, then they start focusing on defense, and they end by working with special teams. Healthy players mean a healthy football team. Our athletic trainer, Samantha Snipes, mentions she believes it will be a great season. She also discusses repetitive injuries which consist of cramping on sidelines and dehydration. Ways to stay healthy are to hydrate and eat well before practice and games.

At the beginning of the season, the team set goals, and their main focus is not only to make it to region but to win. With so much talent on the senior level, Drakeford states that college scouts are watching players such as Jamel Jones, Markell Portee, Tyreik Jenkins, Avante’ Reynolds, and Tyler Faulkenberry. At the moment there are only smaller schools watching them, but Drakeford is hoping Division I schools come and watch our talented players play.
​
With the looks of a great season ahead of us, I asked about Drakeford’s philosophy. He said, “I change it so much, but if you do your best and give your best effort all the time, that’s all I ask for.” 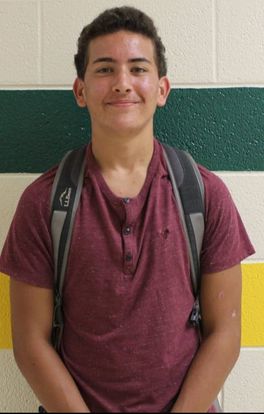 Put a Ring on it
By Briana Vazquez
​
On November 15 at North Central High School, approximately one hundred eleventh grade students will walk across the stage in the auditorium to
receive their junior class rings in the presence of family, friends, and school staff.

Teacher, David Dawson, said he has been helping with the ceremony since last year. Dawson stated that this is a special occasion because, “You only go to high school once with one opportunity to get that class ring.”

You should be proud of your accomplishments like junior, Devon L’Elie. He stated, “It feels good to get a class ring. All the juniors should be very excited about it.” He also said, “It means a lot to me to be gifted this ring for completing all three years of high school.”
​
Getting a junior class ring is a memorable moment in high school because the juniors have something that represents their level of academic achievement reaching junior year. I encourage the upcoming and future juniors to get a class ring because it will remind them of the memories, interests and the time you had in high school.